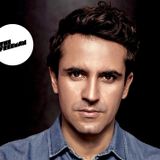 Never miss another
show from The Freeman

The Freeman, who's real name is Renato Freeman, is a Chilean DJ and house music Producer.

Cultivating a rebellious and creative nature, The Freeman doesn't stick to a specific style during his sets. He believes that the essence of dance music shouldn't be narrowed to a single style , but rather, one should take the listener on a journey. His philosophy is to have the freedom to explore different styles and rhythms to make each night a different experience, which is why his sets mix tropical house, disco, indie-rock, house, progressive and more.

His passion for music and versatility as a DJ made him a resident in both underground and mainstream clubs across Chile, such as Amanda, Sala Gente, Sala Omnium, Araucano Park, Eve Club, Golf 50, W Hotel. He has also performed in certain music capitals like Amsterdam and Barcelona.