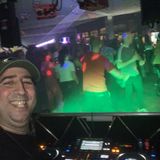 Based in Liverpool but originally from Hertfordshire, Jose’s passion for House music started in 1987 at the age of 11 when he bought his first 12-inch record (Krush - House Arrest). In the 90s Jose immersed himself in the rave scene going to iconic events such as United Dance, Dreamscape, Helter Skelter, Labyrinth and many London club nights. He also started mixing and performed at events around the South East, London and overseas.

With lots more tracks in the pipeline and gigs in the diary, 2023 is going to be a busy year!