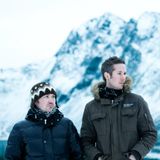 Never miss another
show from The Blizzard

The Blizzard consists of DJ Lars Nyheim and producer Tore Vatle Jensen from Norway. In 2007 they crashed into the top jocks charts with their debut single "Kalopsia", a melodic and bass-driven progressive-trancer, on Armada Music. It had major support from DJs like Armin van Buuren, Tiësto, Above & Beyond, Ferry Corsten and many more. It was even voted the 5th best trance track of 2007 in Armin van Buurens popular ASOT Top 20 votings. On request they've also done some huge remixes for Mike Foyle, Envio, The Doppler Effect, Kirsty Hawkshaw meets Tenishia, Andy Moor and of course the man himself Armin van Buuren who quoted the guys as "melodic work of art". With new tunes and gigs coming up the future can only get better for the talented Armada duo.