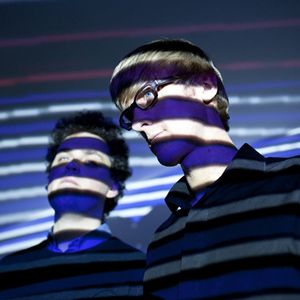 "We've taken the opportunity to do something away from a traditional DJ mix," they say. "There's a selection of electronic stuff on there, much of which is old, but there's some newer bits too. It was nice to take a few tracks that are in the weekend record box and readdress them in the context of music that's not going to make people dance. Just as a warning, this is not the kind of mix you might put on before you go out at the weekend - save it until you get in." Simian Mobile Disco

More from The Quietus