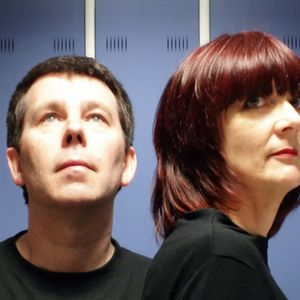 If we were running a chart of all the artists featured on the Quietus mix series, out ahead of the pack in terms of frequency of inclusion would be Chris Carter and Cosey Fanni Tutti - something is stirring in the electronic nimbus. The past few months have seen not only Optimo's vinyl reissue of Carter's brilliant The Space Between, but also four Chris & Cosey LPS originally released in the early 80s, Heartbeat, Trance, Songs Of Love & Lust and Exotika. February 4th will see their first performance in years at the ICA, supported by Factory Floor. There, they promise "classic C&C tracks from their substantial back catalogue, reworked and accompanied by mash-ups of new and old C&C video projections." It's surely set to be just one more step on their music reaching a far wider, contemporary audience. We're therefore honoured that Chris Carter and Cosey Fanni Tutti have compiled Number Eight in the Quietus mix series.

i did not run across the MES + C&C number doing my rip mark e. smith show - so thanx - altho i cannot find the MES piece. GREAT MIX!!

By far my favourite mix so far on The Quietus out of the 10 or so I have listened to. Wonderfully understated like a well-designed motor. With the excellent Vapourspace, that rhythm changes and it is harder to get back into the last tracks. But what a find!

More from The Quietus