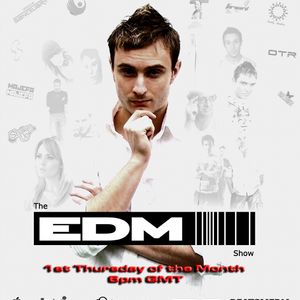 February sees the launch of a new film documenting the UK club scene. 'One More' charts the rise from 1988 right up till 2008 with detailed interviews with some of the founding fathers, club promoters and DJs spanning those 20 years. Coupled with never before seen footage from some of the most iconic nights this film is a must if you had lost yourself on the dancefloor around the UK during those 20 years. To coincide with this there was only one DJ that we could get on the show who could complimet this interview. Judge Jules has been at the forefront of the UK clubbing scene since its beginning. The man needs no introduction, Kiss FM, Radio One, Judgement Sunday, Top of the Pops, every single major trance event, the list goes on to his accomplishments. He single handly influenced the new generation though his radio show and introduced the masses to his sound which still reverbirates today. We are thrilled to have him on the show showcasing with his top 3 tracks.

Thanks for the support. It's m-h-twenty btw ;)