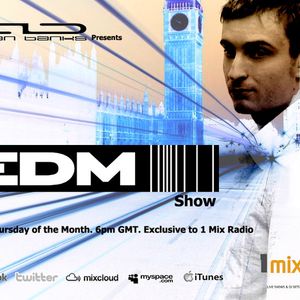 A congratulations to David Guetta on winning the Dj mag top 100 and with more new house music entries into the top 10 it seems house is now making a comeback against the dominance of trance. Will it last? who knows.
Our first guest this month has much to celebrate as well with his second artist album release not even a month ago. Activa, Solar Movement or Mekk, take your pick, the man has produced some of the modern era of trance's big anthems. His new album 'To The Point' is out now and showcases his rich diverse trance sound from the mellow to the euphoric the the dam right filthy. Activa will be on the show presenting the top 3 tracks that are rocking his world..
Our interview is with London trance party Futurity. Another party that has joined the ranks in starting early on in the day to progress their sound to the early hours of the morning. They will be presenting a 12 hour marathon of trance classics for their next party so are popping along to give us a few more details.

love the melody that is kinda in the background.