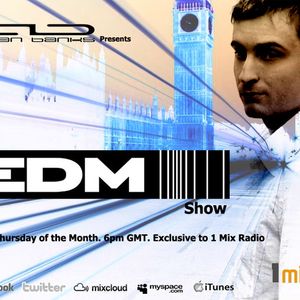 Special guests on this episode include Irish trance star Paul Webster and new London trance night 'Trance Sanctuary'. Paul Webster the DJ holds two residencies in Ireland at Lektrik & Trancelation as wel as appearing across the globe at many of the worlds famous superclubs. He takes up his regular guest appearences at Judgement Sunday's in Ibiza as well this yearand h...as already scored a very very busy 2011. On the production front Paul first came to prominence in 2006 with 'Corruption' which became a big hit with Paul Van Dyk, Eddie Halliwell, Marco V, John O'Callaghan, Sander Van Doorn and Tiësto. His latest production with fred Baker called 'Chainsaw' is out now. Find out the tracks that are rocking Paul's DJ sets exclusively on the show.Our interview this month comes from a new party. Trance Sanctuary has only had one party and had massive success with it. It seemed only fair to get them on the show to help find out more about the direction they want to take trance in London.