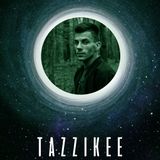 Never miss another
show from Tazzikee

FIRST OF THE YEAR
by Tazzikee

Tazzikee - real name Paul-Adrian. He had an attraction to Hip-Hop, Drum & Bass, Dubstep and electronic music since the 2000s'. In 2008, age fifteen, he founded his first band hip-hop (Massiv) in his hometown Sibiu where he played several times. Financial situation was not too good at that time and the music scene was quite high demand, the band brought to an end after one year. The attraction for music creation and idea to share with others discovered songs does not dissapear. This time comes with mixes of Liquid Drum & Bass, Drum & Bass and Neurofunk. Being at the beginning of Drum & Bass scene in Romania, he has played alongside DJs who include MadLiquid,Diminisher,Syl,Mvrivs, D.Vibez,Spit,Luxxgang,A.Pop,DMF,Noize,Raver. Among favorite artists Drum & Bass and other subgenres include Pendulum, The Qemists, DJ Hazard, Top supergirls, Netsky, June Miller, Wide Awake, Kove, Black Sun Empire, Andy C, Dimension, Modestep, Noisia, Loadstar, Teddy Killerz, Delta Heavy , Coppa,ETC.