Apocalypse - The Idea of The End. Episode 2: A Pleasing Terror 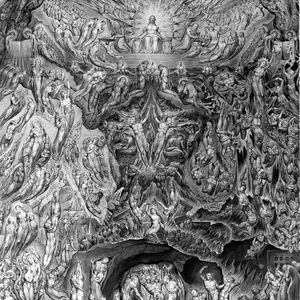 Apocalypse - The Idea of The End. Episode 2: A Pleasing Terrorby Tamsin Rosewell

The second in a three-part series in which historian and broadcaster Tamsin Rosewell explores our idea of an end of days. In this episode we move from the medieval mind to the enlightenment mind and look at what changes in our images and language when the rational, rather than the supernatural, dominates our lives. The paintings of John Martin are discussed, alongside those of JMW Turner, William Blake and others. We also look along the shelves of a bookshop; is dystopian and post apocalyptic literature a new thing for the Young Adult market? And where does our oldest mythology still influence our ideas of an end of all times? This series was written and produced for Resonance FM. The producer is Tim Jenkins. The writer and presenter is Tamsin Rosewell. This episode features interviews with Dr Martin Myrone at Tate Britain; authors SF Said and Marcus Sedgwick; and Dr Alice Stevenson at The Petrie Museum of Egyptology, UCL. Image: William Blake, Last Judgement (Tate Gallery).