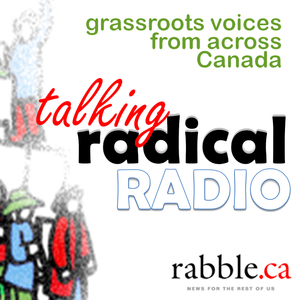 On this week's episode of Talking Radical Radio, Scott Neigh speaks with Meg Crane. She is a freelance writer based in Winnipeg, Manitoba, and she publishes a grassroots ecofeminist publication called Cockroach Zine.
When Crane was younger, she was someone who cared a lot about the suffering in the world but she felt powerless to do anything about it. Then, at a pivotal moment in her teens, she realized that you didn't need to be someone richer, or someone older, or someone more important to take action -- you, whoever you happened to be, could act, could make a difference in people's lives.