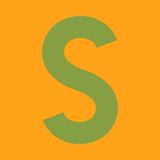 Never miss another
show from Szajna

Szajna is a Producer & DJ based in Manchester, UK. His productions draw influence from jazz drumming he played as a kid, 130-175bpm club music he was exposed to growing up and extensive searching and listening since then. His DJ career properly started guesting on pirate radio shows at the age of 17. Over ten years on he has played a whole host of festivals, clubs and radio shows across the UK and beyond. His productions have gained support from IG Culture, Alexander Nut, Shy-One and EVM 128 who has since released Szajna’s track ‘Break In My Back’ on his and James Rudie’s brand new label ‘Dance Regular.