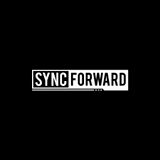 Sync Forward began as a concept project in 2010, brought together by a shared music passion between 4 friends, known as the duos Monotronik & Remotion, based in Porto, Portugal.

Initially developed as a podcast series, it achieved moderate success being able to bring on board artists such as: Flashmob, Clio, Yaya, Bodyscrub, Sasha Carassi, Luigi Madonna, Horacio etc (fill in).

It wasn't long before the concept evolved beyond its original objectives, reinventing itself primarily as a music label in 2013, and eventually establishing itself as one of the finest Portuguese electronic music labels, persistently surpassing expectations, with its releases being continuously supported by artists such as Marco Carola, Slam, Sam Paganini, Yaya, Sasha Carassi, Flashmob, Paco Osuna, David Squillace, Butch, Chris Liebing, Joseph Capriati among many others.