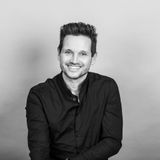 Syben Ray started his career in 1995 while playing his typical uplifting clubhouse sound in a local club in the south of the Netherlands. Soon he was discovered by Dutch house legend Erick E and became his protégé. Then in 1999, at the age of 20, Syben was asked to become resident DJ at one of the most popular clubs in Holland, the 'Danssalon' in Eindhoven together with DJ Fedde le Grand. Their legendary back-2-back sets on Sunday night attracted crowds from all over the country. This successful collaboration led to numerous guest performances both nationally and internationally. Nowadays Syben is resident DJ at the world-famous Ocean Club in Marbella, Spain. During all these years in the house music industry Syben developed an enormous ability to read his crowds. Syben is known for his uplifting house and techhouse beats, party guaranteed.