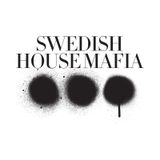 Released in 2010 and sung by Pharrell Williams ‘One (Your Name)’ is claimed to be the fastest selling single download on Beatport. This success was followed by a collaborative track with Tinie Tempah titled ‘Miami 2 Ibiza’ and reached number 4 in the UK Singles Chart. Their album ‘Until One’ shortly followed and was received with great acclaim in 2010.

When the collective announced a ‘One Night Stand’ show at New York’s Madison Square Gardens on December 16th 2011, the show sold out in only 10 minutes. The troop have since been nominated for a Grammy Award, in the Best Dance Recording category for their track ‘Save the World’.