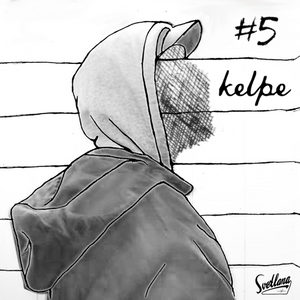 We first came into contact with Kelpe via Fulgeance's remix of "Stop Parching Yourself" back in 2008, only to discover that he'd actually been ploughing his own furrow since 2003, with a home on DC Recordings, a label more known for new disco. Like Architeq and Fulgeance he was producing warm, downtempo, funky synthesised joints before anybody had really thought to group this shit together or give it a name.

It's our view that although widely respected he's not quite had his due yet, since Kelpe is highly capable of turning out a serious banger when he decides to, as one look at our radio show and gig playlists can confirm.

He's got a decent discography to go an discover (http://www.discogs.com/artist/Kelpe), but you could start with this just released blast: http://kelpe.co.uk/margins-ep-out-now

And this about to be released: http://soundcloud.com/kelpe/chocolate-money-ep-teaser

Great mix (as expected)!
Just one thing about the tracklist, Metropolis is a collab between Coco Bryce and Niño :)