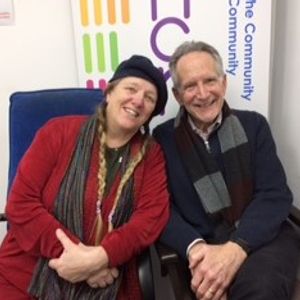 Jilliana's guest was the American Jewish journalist, writer, analyst and storyteller Winston Pickett. He spoke with Susi about The Holocaust Memorial Day on 27/1 when the camp was liberated and his project on the history of the Jews in Brighton and Hove. His choice of music was 'Song of the peat bog soldiers', 'Background music of the Holocaust songs of the ghetto', 'No love dying', 'Sounds of silence', 'Halleluya' and 'Dancing in the dark' and 'When you believe'. Susi was at the helm and Jilliana was in Colombia but had co-presented the programme before she left.