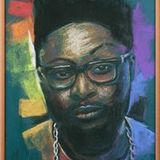 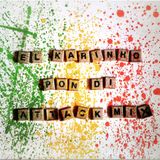 Precious Ewa best known as SUPERSONIC BLAZE AKA Mr How much is money (HMIM). A versatile artiste drenched in the hip-hop culture with a deft knack for weaving modern hip-hop, afrobeat, pop, r&b - while placing his own distinct personality on it. The unique artiste on the rise was born in the early 80s to Strict Parents that wouldn’t allow his ambition to become a musician, drown his academics. Currently pursuing a degree in Audio Production at the largest worldwide private college for Audio Production, SAE institute in Dubai. Supersonic Blaze was born in Lagos, but he grew up in different countries where his exposure to different cultures has helped in molding him into a versatile artiste. His adventurous nature is one key element that drives him towards his desire. His love for comic books and video games is something he doesn’t pretend about and that’s the secret behind his stage name Supersonic Blaze; Supersonic is the speed of sound, while Blaze means fire.