The show with ... John Forté 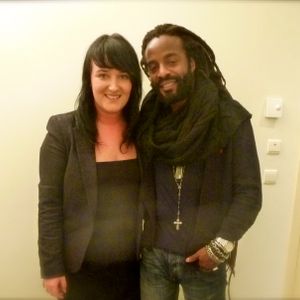 The show with ... John Forté by Supafly Collective

This SupAfly Radioshow is entirely dedicated to Mr John Forté, who is a former Fugees member, a Grammy-nominated American recording artist, singer, rapper, songwriter, composer, music producer, educator, activist and more.
JoBee had a chance to meet the man in Brussels for a special, exclusive interview for Fm Brussel, as he was performing in the capital for the first time in his life.

In this exclusive conversation with JoBee, John talks about what hip hop means to him , as well as the current state of hip hop in his opinion. For all Fugees fan, he reveals some interesting stories from behind the scenes of making The Score, and how in fact he met up with Lauryn Hill and the rest of the Fugees.