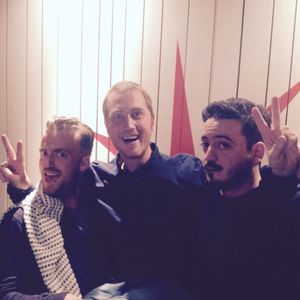 We had the Brussels' band Froesheleirs in the studio with us, that was great fun! They presented two songs of their upcoming EP 'Fabeltjes', which will be released today November 29th.
Check the event here, Supafly Dj's Fatoosan and Mikigold are there as well to mix at the afterparty!
https://www.facebook.com/events/856666247711565/?fref=ts
https://www.facebook.com/frshlrs

Also, we focused on the music that talks about the ongoing oppression of afro-americans, police brutality and injustice. Mikigold started the show with the track 'Talk It' that A$ap Ferg recorded the day after a grand jury decided not to indict the police officer that killed a black teenager in Ferguson, US.
At the end of the show, DJ Vaneeshua did a special mix featuring songs by Lauryn Hill, Tink, Lupe Fiasco ... and she explains why songs like these should be played more often: hiphop is here again to bring a strong message!
Listen closely to the lyrics...