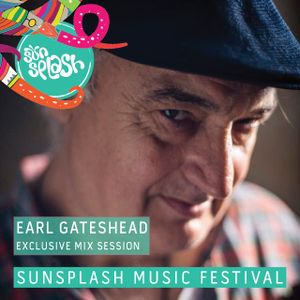 A fantastic, earthy, rootsy, goodly, strictly vinyl selection from the wonderful Earl Gateshead, to make you feel nice. We are truly honoured to welcome Earl to our little festival in the sun for the first time.

Earl Gateshead is the selector for Trojan Sound System, the official sound of Trojan Records. Since its creation in 1968, Trojan Records has led the way in presenting the very best in classic Jamaican sounds. The labels releases have featured the cream of Jamaican talent, with the likes of Bob Marley & The Wailers, Dennis Brown, John Holt, Ken Boothe, Toots & The Maytals and The Inner Circle all included on its illustrious roster.

Earl began DJing in 1979 when he played reggae records between punk bands in Brixton and was heavily influenced by the Trojan releases of the time. Today Earl Gateshead and Trojan Sound System tour the globe playing records from the extensive Trojan catalogue, spreading the original message from Jamaica’s golden era of Reggae music.