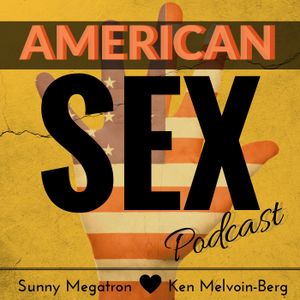 Samwell of "What What in the Butt" fame talks about that time he helped Sunny & Ken get married, how his lighthearted song became a viral sensation, the seriousness & underlying message behind it, growing up black & gay in the south, reconciling his don’t-ask-don’t-tell family arrangement with being out in every other aspect of this life, his new projects including a song about hypocritical politicians, his cooking series, and more. Ken & Sunny give their top 8 must-know tips for amazing anal sex.     Guest Bio Samwell was propelled into internet infamy in 2007 when his song and video, What What (In the Butt) went viral. With over 80 million views, it was parodied on South Park, and he’s made appearances on popular TV shows like and Lily Allen and Friends and Tosh.0 where he sang an acoustic version of the song with Josh Homme from Queens of the Stone Age. Samwell was raised in North Carolina and growing up gay and black in the south was not without its difficulties. Currently, Samwell