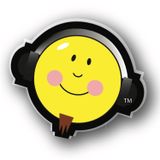 Never miss another
show from SummerSoulstice

IT'S A SUMMER SOULSTICE CHRISTMAS!
by SummerSoulstice

In 2006, just a few weeks after the passing of their good friend Andy Weekes from cancer, some of his family and close friends decided to to do something to celebrate his life, which they hoped Andy would've been proud of.

On Saturday 23rd June 2007 the dream became a reality and the first Summer Soulstice took place. It has subsequently grown year on year in both size and popularity.

Due to the Covid outbreak, Summer Soulstice decided to stream an online fundraiser and virtual festival in 2020 & 2021.