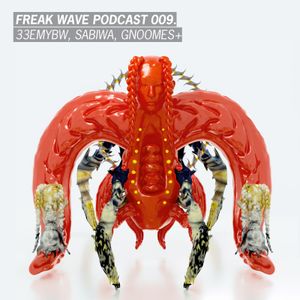 In Episode 9 of Freak Wave we visit Uganda, Kenya, Italy, Russia, Spain, China, Taiwan, Indonesia and Brazil for an hour-long hit of mutant music from outside the margins.

In this episode, a double hit of outsider club music from Uganda from the Hakuna Kulala label; there’s a new album full of adventurous electronics from China’s 33emybw; we get on an 8-bit chiptune tip with Spanish duo SOSUN.dance and dig into fourth world vibes with Zatua from Indonesia. Plus, there’s cosmic psych from Gnoomes out of Russia; some peculiar behaviour from Taiwanese artist Sabiwa on her new record; a new coldwave supergroup from Italy via San Francisco; and a leftfield celebration of Afro Brazilian culture courtesy of Ziminino.