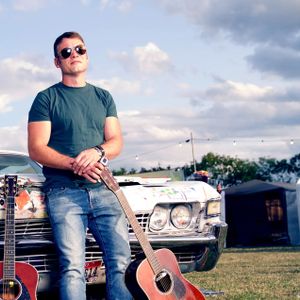 Texan born, Rodney's style is trademarked as 'Full Contact Folk Music'. He learned to play in Austin, perform in Los Angeles, craft songs in Nashville, and put it all together in London. Rodney has played all types of music in all types of venues in his storied career. His adventurous, boundary breaking guitar playing has earned him the title "The Two Guitar Man" & has led to performance invites across America, India, Africa and Europe - and in fact, to headlining the 15,000 people Glasto Extravaganza after only being discovered the day before!! Im delighted that Rodney joins me on the show to introduce three of his wonderful songs.

Also on the show, an interview with Claire Murray who is behind the Mad Hatters Festival and if that's not enough there are also songs from our 'Here We Are' artists, Ian K Brown, Phat Hen and Pauline Alexander. The Folk Club continues to share the best in Folk, Routes and Traditional Music every week!

More from The Folk Club