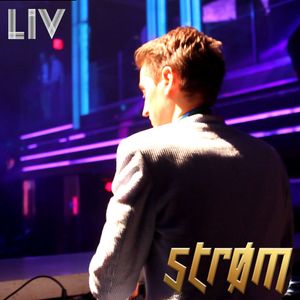 Live recording from one of the recent gigs at LIV Miami.

STROEM, the German EDM producer and DJ with Scandinavian roots, has over seven years of experience performing throughout continental Europe. 2013 has been a breakthrough year with shows at some of the hottest clubs in Monaco and France and with the upcoming release of “Over You”, a collaboration with one of the brightest new vocal talents to hit the EDM scene, Quilla. This Canadian vocalist is best know for her debut single “Walls” featuring Sultan & Ned Shepard with support by DJ Tiesto.

STROEM is one of the new breed of German DJ / Producers who have leapt onto the European dance music scene. With the power of big progressive house melodies and vocal house breaks, balanced by a nod to both deep house and tech house, STROEM is poised to help bring EDM to new levels.