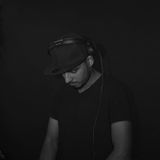 Growing up on an sweet diet of Eastern music and Traditional Sri Lankan Music in the early 2000's motivated DJ Stolen to start his career as a DJ in 2008. Inspired by Sri Lankan traditional music DJ Stolen took up Drums at the age of 12. it was a few years later that DJ Stolen discovered late night Nu disco parties, Public events and Techno Gigs and the rhythms' of Tech music took him on many Local Events. For the past decade DJ Stolen has preformed well in House music and Techno and he's on the beat continuously. Sandun Deshapriya AKA DJ Stolen.