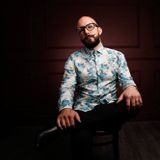 Never miss another
show from Still-Life

Paul Gribby AKA Still-Life, remembers being in a small, dark club, looking at the speakers on the wall and saying to himself “I could listen to this kick drum for the rest of my life”. The rest as they say, “Is history”.

Having played all over the UK, including Glastonbury festival, Bestival Festival, Zoo Project Festival, Strawberry Fields Festival, New Zealand, Dubai, Malta, Ibiza, Thailand and Poland. Remixing for James Lavelle’s UNKLE project was the next move for Paul. Re-working two UNKLE tracks, 'Heaven' and 'Hold My Hand’, which gained massive support from James Lavelle himself. James included ‘Heaven’ on his exclusive mixtape for dazeddigital.com of his favorite UNKLE tracks.