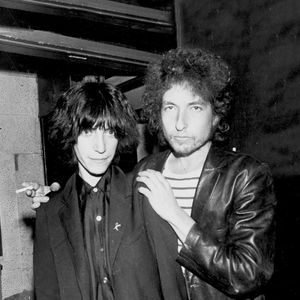 Otis Redding and Carla Thomas, The Zombies, Oasis, Keane, Maddy Prior and more.

Our first show of the New Year was a bit of a car crash - We seemed to have forgotten all we'd learned during the past four months! However, the music was great and we've managed to clean up a number of goofs in the post-show mix. No interview this month, but there are tracks related to the themes of New Year and Winter, plus a look back at a few people who died in 2018, with associated music where appropriate ...

Here Are Some Notes and Corrections from the January Show:

The Zombies clarifications ...
• Their big hit was ‘She’s not there’ 1964
• Odessey and Oracle was recorded in 1967 and released in 1968 – but the group had already disbanded
• They did have another hit in the US with ‘Time of the Season’ from Odessey and Oracle in early 1969, by which time they had new projects: Rod Argent with his band Argent, and Colin Blunstone as a solo artist (produced by Rod Argent)
• Jim Rodford, Rod Argent’s cousin, was in Argent and, in recent years, in the reformed Zombies, but died in 2018.

Steeleye Span - Their big hits were ‘Gaudete’ and ‘All around my hat’ – the latter being from the Mike Batt produced era.

Department S and other ITC Series Themes - The theme we were thinking of, that was used by Chris Evans for TFI Friday, was ‘Man in a Suitcase’ (composed by Ron Grainer) – which was another great ITC Sunday afternoon show, and starred Richard Bradford.

Fireball XL5 was a puppet show produced by Gerry (and Sylvia) Anderson which started in October 62.

Dr Who started in November 63 – the day after JFK was assassinated.

The Ghost of Tom Joad – What Steve said was a bit confusing: To be clear, George Bush Snr made a speech about the New World Order in 1990 (although, of course, he did not originate the term). Springsteen released ‘The Ghost of Tom Joad’ in 1995. The track by the Mumfords and Costello was released in 2013.

'Everyone says Hi': Steve was right – Bowie did have his dad in mind when he wrote the song – although there are other stories about it, including one that it referred to his Tin Machine collaborator Reeves Gabrels.

Frasier ran for 11 seasons, while Kelsey Grammer played the character Frasier Crane for 20 years in Cheers and in Frasier.

Glyn Edwards’ Bar in 'Minder' was the Winchester!