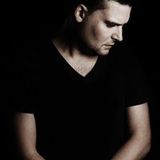 Holding court at some of Montreal’s most prestigious dance events and clubs, Steve Aries aka Jester is renowned for entertaining and captivating the kings and queens of Montreal’s highly critical and competitive nightlife scene. DJ Steve Aries has established himself as a preferred artist at major events and clubs in the Montreal area, as well as being a local favourite at after-hours and more intimate clubs. Combining the best of the Americas and Europe, Steve Aries possesses an international flare and panache that has heated up dance floors around the world. International appearances include Le Nouveau Casino (Paris, France), Nectar Bar (Cancun, Mexico), Le Queen (Paris, France), 4sans (Bordeaux, France), Teatriz Discoteca (Lima, Peru) and the new and promising BPM Festival (Playa del Carmen, Mexico) . An influential figure in the bustling, competitive Montreal scene, Steve Aries has spun at some of the city’s most influential clubs including Playground, which gave birth to Montreal