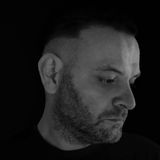 Never miss another
show from Steph

Steph's career is based on substance, as it is reflected from long term collaborations with the most significant clubs and his gig schedule.

His consistency, persistence and hard work can be testified by the multi roles he has for many years not only as a dj, but as a club manager, event organizer, promoter, stage manager in huge events.

He maintains a very long residency from 2006 with the number one beach club in Athens, Bolivar Beach Bar, and has performed along the most famous international djs.

You can also track him performing at the hottest clubs during the winter, and on his weekly radio show at Be Radio Athens.

As a producer he has released many tracks for Bontek Music and Lightwave Music and he has some aces in the hole, planning to be released soon.

In combination with his innovative dj sets, Steph is ranked among the most established djs in Athens.