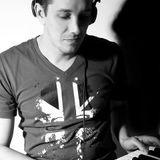 Since I was young the world of the night made ​​me dream.

I think the music had run away in my heart has always been with parents who listened much.

I bought my first decks a little late, at age 21

Some years later after learning the hard mix, I started playing in small parties of the first and later in actual events:

In a style jumpstyle

Early 2008 with the help of a friend (Ronie MC Bride aka Alexx Divinoo ), I begin my first musical compositions with a first EP: African song and Want to come my (as played mainly in Germany).

In early 2010 no longer attracted by the sound jumpstyle, I decided to concentrate solely on style: Electro, House, TechHouse.

In the aftermath I sign my first EP in the same style.

After two years learning the actual techniques of composition, I sign a new contract with a new label and does not stop there.