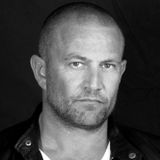 Never miss another
show from STANDERWICK

The last 24 months have seen a meteoric rise for the enigmatic Trance producer and DJ from the United Kingdom not just on the tour circuit with regular club shows and festival appearances across the world as he becomes an ever more in demand name, but also from a music production point of view. In under 3 years Standerwick has claimed 19 Top Ten Tracks in the Beatport Trance Chart which includes 4 Beatport number 1’s

In the most recent Beatstats publication which charts the top selling Trance artists on Beatport, Standerwick has attained the title as being the No.1 selling Trance producer in the world right now.