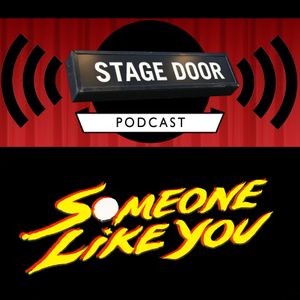 In this special episode of the Stage Door podcast the spotlight falls on 'Someone Like You', the 1989 / 1990 British musical featuring music by Petula Clark and lyrics by Dee Shipman. Based on a concept developed by Clark over several years, the show is set in West Virginia after the end of the Civil War. The musical premiered on October 25, 1989 at the Cambridge Arts Theatre and toured the UK until December 9 1989. On March 22, 1990, 'Someone Like You' transferred to London's Strand Theatre. In addition to Clark, it starred Dave Willetts as the Major and Clive Carter as Kane. Reviews were mixed, however due to financial difficulties faced by producer Harold Fielding the show closed without warning after the April 25th performance. 25 years after the show closed in London we look back at the musical featuring interviews with Dee Shipman, Dave Willetts and an archive interview with Petula Clark.