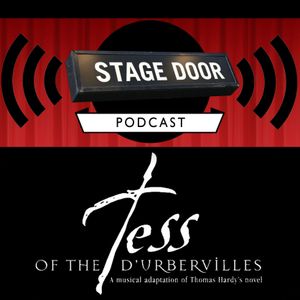 In this episode the spotlight falls on ‘Tess Of The D'Urbervilles’, the 1999 West End musical adaptation of Thomas Hardy's classic novel. Featuring music by Stephen Edwards and a libretto by Justin Fleming, 'Tess' opened at the Sheffield Lyceum on September 6th 1999 and was declared a "landmark in musical theatre" receiving overwhelmingly positive reviews from the critics. Following a brief UK tour, the production transferred to the West End opening at The Savoy on November 10th, 1999 and was universally damned by the critics, one reviewer sighting the show as "the last great musical flop of the Millennium". 'Tess' closed on January 15th 2000 after just 77 performances. 15 years after 'Tess' closed we look back at the ambitious through-sung musical drama and are joined by the composer Stephen Edwards, lyricist Justin Fleming, director and adapter Karen Louise Hebden and both actresses who would alternate the role of Tess; Poppy Tierney and Philippa Healey.