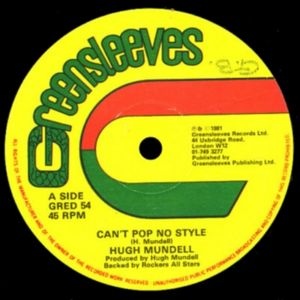 A selection of some of my favourite 12s from the Greensleeves record label inspired by the CD compilation 'Greensleeves 12" rulers' featuring tracks produced by Linval Thompson whose early 80s productions epitomise that wicked Roots Radics / Scientist sound that featured so prominently at the dawn of dancehall. Some of the tunes on that compilation are featured in this mix, along with others not on the compilation but have that signature heavy Scientist/Roots Radics sound. All tunes are from original vinyl pressed in the 80s and played in their extended discomix glory with dub or deejay cut.

Give thanks for the selekshan Spud Roots. More love...

Thank you Karl, bless up

Respect and Love to Scientist and the Roots Radics. Originators!

A true you nuh know!

Thanks Liz, bless up