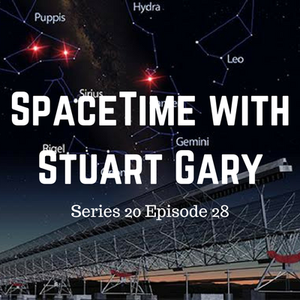 Stream Episodes on demand from www.bitesz.com or www.spacetimewithstuartgary.com (both mobile friendly)

*Event Horizon telescope deployed to study black holes
Astronomers have deployed a powerful array of telescopes to undertake the first ever detailed image of the black hole at the centre of our galaxy. The Event Horizon Telescope is an international joint effort to link some of the world’s most powerful radio te

More from SpaceTime with Stuart Gary 201