The Cannibalist Manifesto #5 (Back to Mexico) 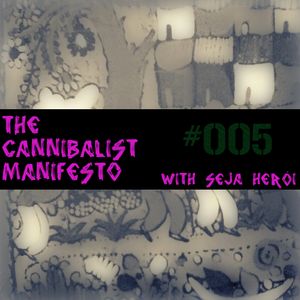 The special Cinco de Mayo edition of the Cannibalist Manifesto is here!

The first half of the show is what you’ve come to expect if you’ve been paying attention. To start out, enjoy new tracks from Washed Out, Laurel Halo, Hits Incorporated & more, as well as a few choice vintage cuts alongside Dam Funk’s hot-off-the-presses remix of Ariel Pink (no, really, and it is BRILLIANT!).

The second half of today's show, however, is something slightly different. To celebrate Mexico's victory in some long-ago forgotten war, we have a special Cinco de Mayo-inspired set during the last 60 minutes. Don’t worry–it’s still the Cannibalist Manifesto, but with quite a bit of Spanish and other sounds from south of the border.

To hear the Cinco De Mayo mix on its own, listen here: http://www.mixcloud.com/farofa/back-to-mexico-cinco-de-mayo-mix/