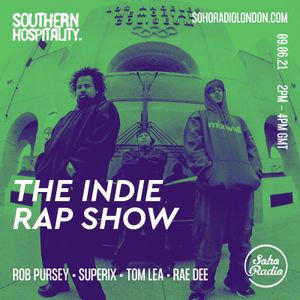 Rob Pursey and Superix were back in the mighty Soho Radio Studios this month for part 2 of their deep dive into Independent Rap Records of the 90s/early 2000s. So many gems were played, and hell edutainment was given!

Music from Masterminds, People Under The Stairs, Dilated Peoples, Mass Influence, The Associates, Ghetto Chilldren, Kinship and so much more!