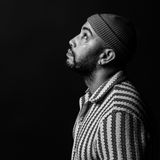 Sous Dubois is a DJ/producer within electronic music and he is born and raised in the south side of Amsterdam that began his DJ career in 2015.
As a young kid, he was influenced by various sounds such as Acid, Disco, Hardcore, Hip-hop, House, Rai, R&B, and Reggae it was during the era of cassettes and radio.
When he heard Joey Beltram's Energy flash during the 90s on the radio for the very first time he was "blown away" and thought: "I don know what the hell this is but it's freakin awesome!"Sous is one of the most hardest working and driven DJs out there with an untamed desire to accomplish his mission
He is also a real digger where puts allot of effort in finding hidden gems, this is an ongoing weekly process that became a routine over the years.
When he started as DJ he was always silently and unnoticeably working hard on the background by developing his DJ craft in March 2015 Sous started with is own radio show at Amsterdams Most Wanted FM with a simple but all saying name: Sous on