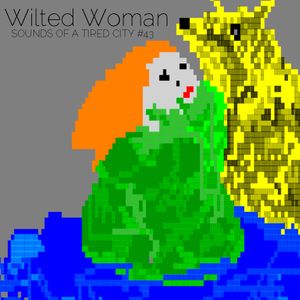 Eel Burn aka Wilted Woman is a musician and composer currently residing between Berlin, Germany and Providence, Rhode Island. She makes rhythmic electronic music with elements reaching from Berliner Schule to industrial and musique concrète. Her recordings and performances are based around a diversely entangled web of modulating, mutant melodies, full of stuttering syncopations bouncing in polyrhythmic, spatially aware patterns. Wilted Woman has appeared on releases from Birdfriend, Stenze Quo, More Records, MMODEMM and opensignal, with a 7” on New York’s Primitive Languages coming in early 2016. We had the pleasure to chat with this creative lady before her visit in Stockholm for the Sound of Stockholm festival...and if that would not be enough, as a bonus she even prepared a guest mix for us!