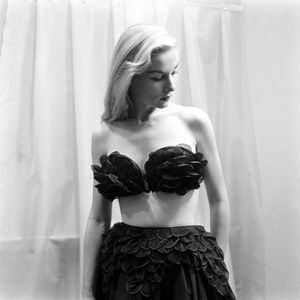 Cowtown, The Moonrakers, Dog Chocolate, The Wytches, Gerling and more.

(Whaddaya mean that isn't me? That's totally me.)

Hullo, everyone! We're back on the Mixcloud waves after a cold, cold absence. This broadcast's namesake stems from a bizarre new release by Italian Gregorian psychedelics Father Murphy: it's an EP composed of two 10", see, and both of 'em are supposed to be played at once. So I've broken down side A into a three-part feature - first we'll play each track seperately, then mash 'em together at the end. It's scary good, I swear.

Also on the roster are bunches of cool chicks, live sessions from the Hello Goodbye radio show, and choice cuts from Dirty Jeans, a new comp of Australian "alternative" rock circa 1988-2002.