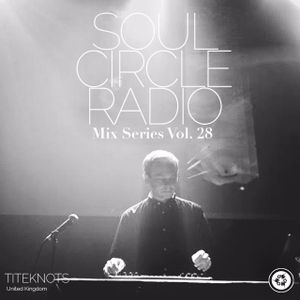 ​My Story:
I started DJing over 20 years ago, beginning with Jungle at the tail end of the UK rave boom and quickly moving on Hip Hop and other downtempo "beats" music. Discovering sample sources lead me towards Funk, Soul and Disco. I got a job in a record store for a few years after I graduated university and that’s when I saved up my money and bought studio gear and began DJing seriously out in clubs. My main love is still Hip Hop, as you can probably hear from my mix - even when mixing other styles like House, I like to cut tracks in quickly, rather than doing smooth blends. Over the years, i’ve released on Ninja Tune, Tru Thoughts, Wah Wah 45s, Sony and many other labels, but now I release on my own label - Press Something Play Something. - Titeknots

​We’re in the middle of a hot, dry spell here in the UK. It hasn’t rained properly for over a month, which is very unusual. So I pulled out records for the mi