by DJ ROME of TheSoulChildrenLA
51:58 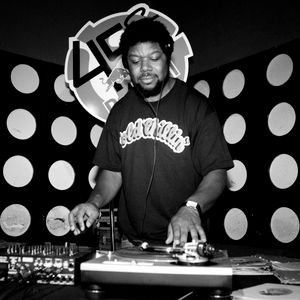 On 10/30/17, DJ ROME was honored to welcome to PSYCHOTIC BUMP SCHOOL producer/DJ/remixer Mr. DAZ-I-KUE of BUGZ IN THE ATTIC and comedian/actor/athlete/political commentator Mr. JEFFREY KELLER of THE POCHO HOUR OF POWER radio show on KPFK 90.7FM in Los Angeles. First up, Mr. Keller stepped up to the plate to discuss the politics and sporting stories of the moment that included a discussion about the LA DODGER/HOUSTON ASTROS World Series, as well as an in-depth chat about the stunning announcement of federal indictments against members of administration 45. And closing out the show, DAZ discussed his music career which traverses the earth from the UK, to Atlanta, and now currently on to Nashville as he continues to spread the broken-beat gospel all over the planet. At the end of the week, DAZ along with the very sultry and amazing talents of Ms. Bembe Segue played musical dates in both Northern and Southern California. Great stuff! So be sure to check this one out.

More from DJ ROME of TheSoulChildrenLA