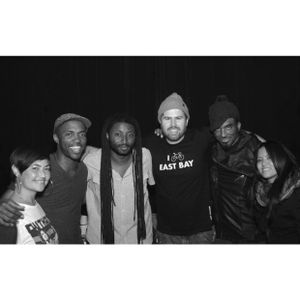 11/20/17: for this expanded 90 MINUTE EDITION of PBS, DJ ROME welcomed LORA MARTENS of the CLIMATE REALITY PROJECT who stopped by still fresh out of her training under the tutelage of former VP Al Gore to discuss the politics of climate change. Scientist/Lecturer/Educator/Restorative Justice Proponent DR. SALINA GRAY also chimed in to share her insights about the role of science as a social agent of influence, as well as the powerful impact of Restorative Justice Circles in our urban schools and communities-Lastly, AMY NABONG, hostess, promoter, and founding member of the long-running underground soulful soirree thePEOPLE OAKLAND stopped by to announce the event's 10th anniversary that will be celebrated over the weekend with legendary keyboardist Mr. AMP FIDDLER (Enchantment, P-Funk, Detroit Experiment, DILLA!). AMP FIDDLER'S music is featured throughout this one along with some amazing commentary from these three exceptional women. Tune in,,and ENJOY.

More from DJ ROME of TheSoulChildrenLA