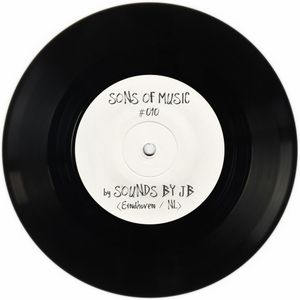 Sounds By JB about his set: "The past years I've been exploring many different styles of house music and it is Techno that for me has been the most exiting genre to play. To be in line with the vibe of SONS OF MUSIC I've choosen some groovy relatively deep tracks with a nice techno bite for the first half hour of the mix after which I let myself go a little more ;P"

ONE memorable song quote: "The Show must go on!" by Queen.

TWO artists, who should collaborate: Bob Marley and Richie Hawtin. If Marley was alive that would be one groovy electronic extravaganza.

THREE things you would like to have with you on a desert island: Love, Food 'n Wine, Music.

FOUR days ago ... was a Friday and as usual having my Friday Sushi.

one of the best! great sound, energetic pace, good build ups. fantastic. thank you so much for the stellar tunes.

Thanks all for the great comments! Very much appreciated!!!

I liked the way you choose to take us to techno sounds. Special shout to "Oscillator", great track

More from SONS OF MUSIC