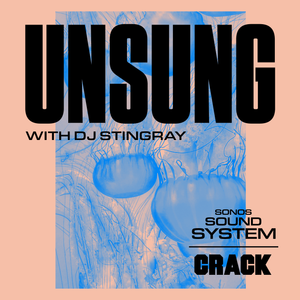 This show was 4th in the global electronica chart.

On this episode of Unsung, DJ Stingray joins the show to talk about his unsung hero, Keith Tucker founder of AUX 88 who played a vital role in the story of Detroit Techno. Stingray joins journalist Christine Kakaire about Detroit motorcycle clubs, Tucker tracks that knock the floor out and what it means to keep the funk.

For a first listen of Unsung, tune into Sonos Sound System on Sonos Radio every other Tuesday.