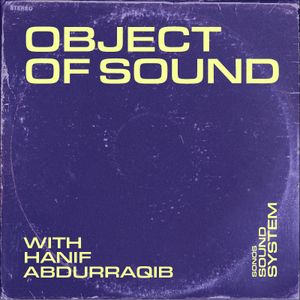 This show was 1st in the global interview chart.

“What about the black woman who does not care to save you?” asks Adia Victoria. “How about the black woman who is trying to look after her own skin, because you're not looking out for her?” Adia’s forthcoming album, A Southern Gothic, is rich with these questions and the characters who ask them, moving between romanticizing the South and interrogating it, all while embracing the complexity of Adia’s Southern identity. On this week’s episode, Adia and Hanif dig into the widespread influence of black Southern culture, and the legacy of the blues as an artistic gesture towards freedom—one that is still alive to this day, and as vital to American music as ever.

Music In This Episode:
Adia Victoria-Magnolia Blues
Big Mama Thornton-Your Love Is Where It Ought To Be
Memphis Minnie-New Dirty Dozen
Shirley Brown-Woman to Woman
Shemekia Copeland-Salt In My Wounds
Ida Cox-Wild Women Don’t Have The Blues
Alberta Hunter-My Handy Man Ain’t Handy No More
Bessie Smith-Devil’s Gonna Git You