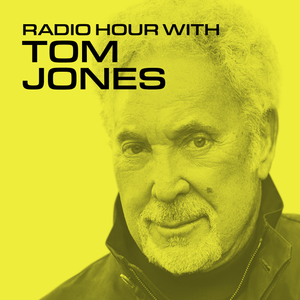 On this episode of Radio Hour, Sir Tom Jones joins the show after just celebrating two milestones: his 81st birthday and his new album Surrounded By Time debuting at the top of the UK Charts.

The record is his fourth with celebrated producer Ethan Johns and marks the first time he recorded in his native country of Wales. Host, Elia Einhorn, was born in Wales, and in his home, Tom Jones was a god. So you can imagine how thrilled he was to chop it up with the singer about still being able to tap into his youthful excitement, the exploratory sonic palette of his latest record, his late wife’s powerful words of encouragement, and growing old with songs.

Sir Tom then spins a DJ set that quickly becomes a rock ‘n’ roll masterclass, with the living legend sharing tales about his ground-breaking influences and the incredible coterie of musical heroes he calls friends.