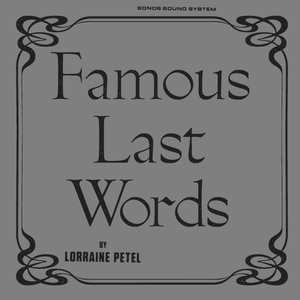 With the release of FX’s Pistol, Lorraine finds inspiration for episode 9 in the influence that the Sex Pistols, Vivienne Westwood, and the UK’s punk ideologies and sound brought to culture. A big nod to how England’s punk and post punk bands in the mid/late 70’s and 80’s shaped how modern bands are forming their sound, episode 9 allows to reveal that many bands today are here because of the birth of the cultural awakening punk brought to England in the mid 70’s. More specifically, Lorraine pays tribute to Johnny Rotten’s way of being and political stance during this specific time, recognizing that his path has paved the way for so many, and how you can clearly hear how the Sex Pistols, Public Image Ltd., and Vivienne Westwood’s intellectual take on fashion motivated the current rock band’s attitude, clothing, and way of life. Artists include Pogy et les Kéfars, The New York Hounds, and Why Bother?.